So , Few days ago i was browsing the ZEE5 App to check Out some classic Tamil Movies that i can watch online  ,  and i came across this movie called Vikram Vedha , And to my surprise this movie has exceeded my expectations  .

So the movie starts with an old tale of Vikrama and Vethalam. To give you some perspective, the tale goes like –  A strong king Vikrama Adithya is sent on a quest by a yogi to bring Vethalam from a banyan tree in a forest. As vikrama took vethalam with him, Vethalam tells him stories and demands answers to questions related to his stories.

At the end of the last question, Vethalam tells Vikrama that the yogi has planned to kill him. So when Vikrama takes Vethalam to the yogi, Vikrama ends up killing the yogi and Vethalam serves Vikrama forever.

The movie takes the essence of the above-mentioned tale and sets it the modern-day. Here, Vikram (R.Madhavan) who is an honest police inspector & is decisive about right and wrong. On the other hand, we have Vedha (Vijay Sethupathy), a criminal with shades of grey who respects Vikram.

The Main Cast involved in the Movie are

Opinion About the Movie

Vijay Sethupathi gives an incredibly layered performance as Vedha. His calm personality gives even the most action-packed scenes a different feel. His Salt & Pepper look gave the character an indescribable charm.

Pushkar-Gayatri`s Screenplay was also commendable. As for Madhavan, his Smile and the Attitude that was shown on the screen was enough to showcase the complex emotions that the character went through.

But the best part was the end. Without giving any spoilers, the cliffhanger ending of the movie felt So Perfect, as I could no longer take sides between Vikram and Vedha.

The Movie Soundtrack was Composed by Sam C. S.  Which was Appreciated by the many. The Best part I liked the most about its music was the BGM ( Background Music), It was just Fabulous. The Song that I liked the most was Karuppu Vellai.

Overall, I am highly impressed with the movie. With a complex Screenplay, fantastic twists & perfect music, this is a must watch. 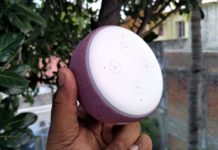 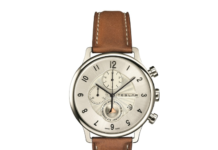 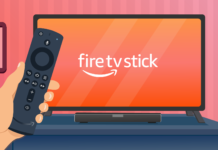